What do monsters do before a fight? 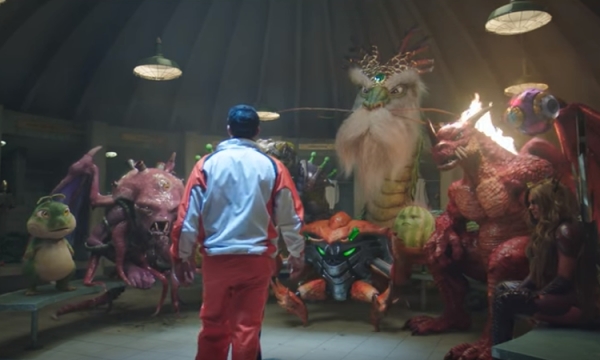 Have you ever wondered what monsters do, when they’re not fighting each other? When they need to prepare for the next battle? Do you think that they are always dangerous, and full of motivation and desire to crush everything and everyone? If so, you might find that you’re wrong...
If you have a new-generation mobile phone, a so-called smartphone, you must already have at least one game.

But do you know Monster Strike? In which monsters clash with each other and fight until the end? It resembles a confrontation of athletes on the field. As it turns out, the similarities don’t end there. Monsters also need a break and little bit of relaxation between subsequent rounds of a fight. When you walk into their locker room, you can see that even they need to be motivated from time to time. This is shown by the creators of the ad for Monster Strike. In cooperation with the well-known American comedian Andy Samberg, they created a funny commercial, which you can watch below. Samberg plays a coach, who is inspiring his players (monsters of various kinds) to fight. He motivates them, reminding them of their best qualities and tries to degrade their opponents.
Find out why Monster Strike has been one of the most popular games for mobile devices in recent years. Watch the video and enter a world of dangerous monsters that are supposed to become a team and meet their destiny.