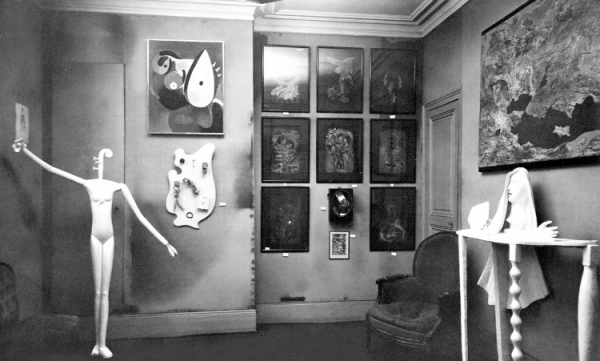 Opening yesterday, the Musée Mohammed VI d’Art Moderne et Contemporain in Rabat, Morocco, is playing host to a major retrospective of the work of Alberto Giacometti, supported by Dior. We take the opportunity to examine the links that connected the artist and Christian Dior.

Ever before he became a couturier, Christian Dior nursed a deep passion for the avant-garde movements of his time and opened a gallery in Paris with two of his friends. Together, they exhibited works by already established masters such as Pablo Picasso and Juan Miro as well as promising talents whose reputations they helped develop, with Alberto Giacometti being one of these. In May 1932, they invited him to mount his first solo show.

The following year, the artist was in the limelight once more, his work accompanied by other surrealist pieces. Man Ray photographed the event, notably immortalizing the Alberto Giacometti sculptures Table, Palais and Mannequin in a snapshot currently on display at the Musée Mohammed VI. After becoming a couturier, Christian Dior drew inspiration from the art and the artists he admired, and, ever since, the House's various Creative Directors have regularly paid homage to contemporary artists with their creations. It's an impassioned tale, one that Dior is continuing to write today by lending its support to this exhibition, the first Giacometti retrospective to be held in either Africa or the Arab world.

More in this category: « Can work make you happy? Investments in Miami: what to choose »
back to top