Dr Irena Eris at the heart of luxury 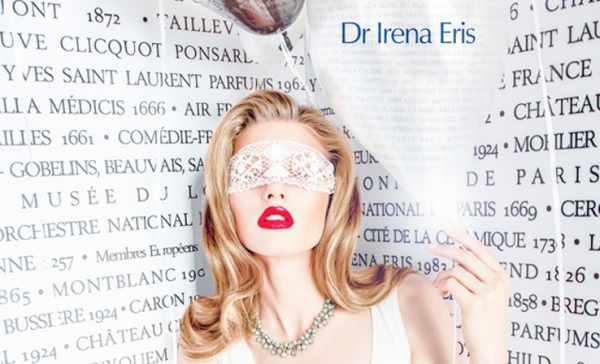 Yn November 2014 the Palace of Versailles in Paris hosted the 60th anniversary ceremony for the prestigious Comité Colbert, attended by representatives of the world’s top luxury brands. Dr Irena Eris, which joined the association in 2012, was represented by Dr Irena Eris and Henryk Orfinger.

The event brought together all members of Comité Colbert – from Dior, Chanel, and Louis Vuitton to Cartier, Lancôme, and Dr Irena Eris. They celebrated the round anniversary together, demonstrating their attachment to the association’s underlying values: creative approach to work, celebration of beauty, devotion to tradition, and respect for the clients. The celebration was enhanced by the beautiful interiors of the Palace of Versailles, which flourished in the 17th century, with Jean-Baptiste Colbert, the godfather of the association, being one of the main contributors to its glory.

Guests invited to the ceremony included high representatives of the world’s most famous brands and luxury promoters, such as Sidney Toledo, president of Christian Dior, or Alber Elbaz, head designer of Lanvin. The participants had an opportunity to talk about the future of the association and set new goals to strengthen the position of global brands in the world of luxury goods.

The Dr Irena Eris brand is already guided by this vision, founding its activity on the holistic approach to beauty. Apart from its luxury beauty and personal care products, the brand comprises individualized professional care offered by the Cosmetic Institutes and balanced relaxation in the Dr Irena Eris SPA Hotels. The brand’s global success has been enabled by the Dr Irena Eris Research Center where outstanding experts and scientists conduct advanced technological research. Furthermore, for the past 8 years the brand has organized an international women’s golf tournament, Dr Irena Eris Ladies’ Golf Cup, which is the largest such event among women’s tournaments in Poland and one of the most prestigious in this part of Europe.

In 2012 Comité Colbert invited Dr Irena Eris to join the association, appreciating the brand’s activities and its compliance with the organization’s values and traditions. At the moment Comité Colbert consists of 78 brands. Until recently the association was open to exclusive French brands only, including Boucheron, Cartier, Chanel, Hermès, Hotel Ritz, Louis Vuitton, and Perrier – Jouët, and prestigious cultural institutions such as Musèe du Louvre, Opéra de Paris or Comédie-Française (the French National Theater).

It was not until 2011 that the first four European brands, including Leica and MontBlanc, were admitted to the association. The following year it was joined by Dr Irena Eris as the only Polish brand. Comité Colbert provides its members with a forum for creating long-term action plans and exchanging the best business practices. Thus, it provides them with tools to ensure future development and exceptional prestige.