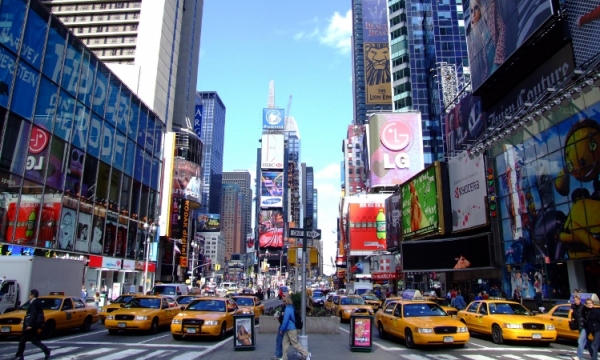 NovaCopper" or "the Company") provided an update on its projects and announced its financial results for the year and fourth quarter ended November 30, 2014 on February 6, 2015.

Details of the Company's financial results are contained in the audited consolidated financial statements and Management's Discussion and Analysis which are available on the Company's website at www.novacopper.com, on SEDAR at www.sedar.com and on EDGAR at www.sec.gov. All amounts are in United States dollars unless otherwise stated.

Completed a 37-hole re-logging program on the Bornite property;

Supported the Alaska Industrial Development Export Authority ("AIDEA") in advancing activities towards preparation of the environmental impact statement for the Ambler mining distrct access road;
Carried out a broad range of local community-related programs; andSpent $2.5 million on the UKMP Projects for cumulative project expenditures of $53.8 million.

In 2014, the Company continued work on Bornite which is part of the Company's Upper Kobuk Mineral Projects ("UKMP Projects") located in the Ambler mining district in Northwest Alaska. The Company completed a re-logging program of approximately 13,000 meters (42,650 feet) in 37 historical drill holes from Bornite drilled by Kennecott Copper Company. Targeted historical holes were located within the near-surface Ruby Creek zone of the Bornite deposit. Of the 37 holes sampled, 5 holes had intervals of copper grading more than 0.5% copper, and 21 holes contained mineralization grading more the 0.2% copper demonstrating continued success from a similar effort in 2013. The 2013 program of re-sampling and re-assaying targeted 33 drill holes comprising 11,067 meters of core originally drilled and only selectively sampled by Kennecott between 1957 and 1975. The 2013 re-assay program resulted in a significant increase in the amount of copper-bearing mineralization at Bornite.

While we carried out limited but cost-effective work on the Bornite deposit in 2014, during the next two to three years, we plan to advance the Arctic deposit, an important high-grade polymetallic project to feasibility with a total investment of approximately $20 million. Subject to obtaining financing, we plan to invest approximately $8 to $10 million during the 2015 field season mainly for drilling the Arctic in-pit resource from inferred to measured and indicated confidence levels to support the classification of resources and collect Arctic in-pit geotechnical and metallurgical data. Funds will also be utilized for environmental and engineering studies to gather information in preparation for a feasibility study. We also intend to complete sufficient work to assess the viability of a mining operation at Bornite, specifically with evaluating potential synergies between the two sites and potentially lengthening the mine life of the UKMP Projects and the Ambler mining district.

The 2014 field season was conducted without any lost time incidents marking the second consecutive year the project has gone injury free. Environmental baseline data collection continued in 2014 and annual maintenance of the stream gauges and the meteorological station on the property were performed. Water quality sampling continued marking 7 years of continuous environmental baseline data collection. No spills were reported during the 2014 field season while 7,500 gallons of fuel were handled. No wildlife was encountered during the short field presence and the camp was closed well before the seasonal caribou migration.

More in this category: A dynamic year for all Dior business groups »
back to top