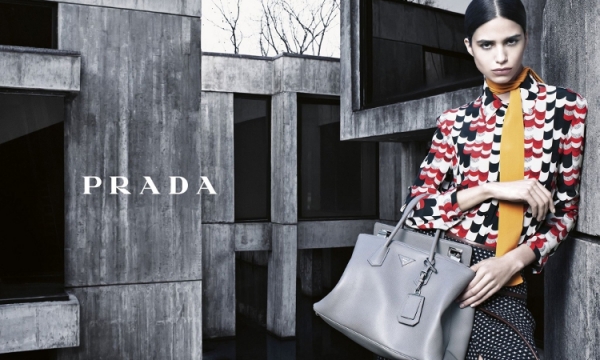 The Financial review of the Board of Directors refers to the Group of companies controlled by PRADA spa (the "Company"), operating holding company of the PRADA Group (the "Group")

During the first half of the year the PRADA Group continued to pursue its longterm growth strategy investing in its brands’ equity. Despite a difficult political and macroeconomic environment, and a general unfavorable exchange rate situation, the Group kept strengthening its retail network to further extend its global reach. At the same time, in order to limit margin pressure, several measures to increase efficiency have been taken at all operational levels.

The consolidated net revenues amounted to Euro 1,751.3 million, slightly up by 1.3% million achieved in the same six months period of 2013. At constant exchange rates the growth was 4.5%.

The EBITDA for the six months ended July 31, 2014, totaled Euro 492.8 million, down compared to the EBITDA of Euro 551.1 million achieved in the first half of 2013. The dilution recorded at gross margin level, mainly due to the negative impact of the exchange rate fluctuations, coupled with the higher incidence of the selling expenses following the retail expansion, generated the reduction in the EBITDA margin which went down from 31.9% on net revenues in the six months ended July 31, 2013, to 28.1%.

In this first half of 2014, the Group’s net result amounted to Euro 244.8 million, or 14% as a percentage of net revenues. In the same period of last year, the Group’s net result totaled Euro 308.2 million, 17.8% on revenues.
The capital expenditure for the period amounted to Euro 289.6 million and was mainly focused to enlarge, renovate and strengthen the retail network worldwide, but it also included the significant investment of Euro 61.5 million for the acquisition of the Milan buildings where the Group operates its corporate headquarter.

More in this category: « A dynamic year for all Dior business groups Volvo Cars appoints Lex Kerssemakers as Senior Vice President Americas »
back to top