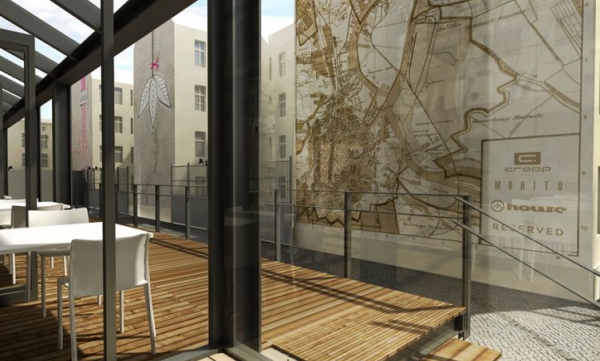 the first quarter of 2015 LPP SA, the owner of five popular clothing brands (Reserved, Cropp, House, MOHITO and SiNSAY) achieved revenue from sales of 1 003 millions PLN. That’s about 6 percent more compared to the same period last year. The company adjusts its investment plans to the current external conditions, does not change the long-term strategy and continues to develop in new markets – including Germany and the Middle East.

Total sales in the first quarter of 2015 years amounted to 1 003 millions PLN. They increased by about 6 percent compared with the result achieved in the same period of 2014. At the end of March 2015, the company had 1,528 stores of its brands with a total area of ​​almost 750 thousand. sqm, which translated into an increase on the level of 23.5 percent. compared to the previous year. Since the beginning of January to the end of March 2015, the company generated a profit from operations in the amount of 23.7 millions PLN, while revenue from sales in the so-called. comparable stores in the first quarter of 2015 years fell by 0.7 percent. (Excluding changes in exchange of local currencies, in countries where the group companies operate).

The results of the first quarter resulted mainly from external factors. We strongly feel the devaluation of the Russian currency, while a very high dollar exchange rate. Furthermore, the entire industry in Poland notice the decline, in the number of customers visiting shopping centers – says Przemysław Lutkiewicz, Executive Vice President and Chief Financial Officer of LPP. We have no influence on the macroeconomic and global political situation, which affects both consumer sentiment and economic situation in the respective markets. Our activities currently focus on cost reduction – we successfully negotiate lease terms of retail spaces, and investing in new markets to diversify risk and sources of revenue.

Due to the political and economic situation of LPP decided to temporarily suspend network development in Russia and Ukraine, while the existing stores in these countries operate unchanged. It is for us a very important region, and sales in Russia remained at a high level, therefore, we carefully observe the conditions for investment and do not rule out the further development of the network in these countries, in the coming years – says Przemysław Lutkiewicz.

According to the strategy the company continues debuts in new markets. In the first quarter of 2015, LPP flagship brand RESERVED made its debut in the Middle East. So far we opened stores in Egypt, Qatar and Kuwait, and in the second half of the year are planned to open stores in Saudi Arabia and the United Arab Emirates. Over the next six years, LPP, in cooperation with the local franchisee, plans to launch in the Middle East about 30 stores of its brands. In parallel LPP expands its operations in Western Europe – the company continues started in 2014 investments in Germany – by the end of March 2015, we opened 6 RESERVED stores, and over the next three years, we plan to open around 30. Expenditures for image-building activities, which are primarily aimed at building brand recognition in this market amounts to 4 million euros per annum.

An important element in the development of LPP is also building an e-commerce facilities. Products of all brands of LPP are now available on-line in Poland. Currently, online sales represents almost 2 percent. income groups, but the rate of growth makes that company invests in this form of sales on other markets. RESERVED offer is available on the network in Germany and the Czech Republic, in the second half of the year we will start on-line store of the this brand in Slovakia.

LPP, a company listed on the Warsaw Stock Exchange since 2001, is one of the fastest growing clothing companies. For years, we consistently conduct our operations in Poland and abroad, being successful on the demanding clothing market. The company manages five well-known fashion brands, a network of over 1,500 stores, creating jobs for nearly 18 thousands of people at its offices and sales structures in Poland, European countries and in Shanghai and Dhaka. The company continually invests and acquires new markets. In 2014 our company advanced to the stock exchange index WIG20, which generates a significant part of the turnover on the Warsaw Stock Exchange and belongs to the prestigious MSCI Poland stock exchange index

More in this category: « Balance your diet and help in the fight against high blood pressure A washing machine for special tasks »
back to top