Barcelona and the Growth of Sport Tourism 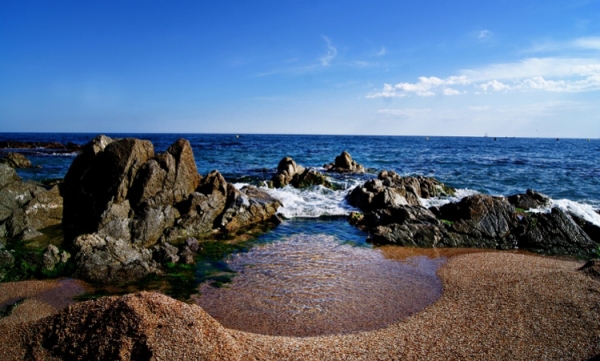 The sun, sand and sea will always make an attractive tourist attraction no matter how individuals look at it. However add to this equation one of the best soccer clubs in the world and you will obtain the Mediterranean paradise of Barcelona. The heartbeat of the city is its rich culture and history together with a sporting DNA that has become the hallmark of the Capital of Cataluña.

Whether it is soccer, tennis or motorsports the city has something to offer for all sport fans. The best comes when these sports are teamed up with the sights and sounds of Barcelona making it one of the most attractive cities for a unique vacation. Numbers speak by themselves as in 2010 the city hosted 7.3 million visitors having this number increasing every year resulting in the city being ranked as the 4th most attractive city in Europe.

The global tourism industry has been growing over the years and despite the beach vacations being the main stream of the industry, a new catalyst has emerged to spearhead the growth of the industry. Sports Tourism accounts for almost 10% of the international tourism market having positivity affected the host cities of different sports events as well as their neighbors on the whole. However the sector is yet to reach its peak, with studies suggesting that Sports Tourism will continue to be the driver of the travel and leisure industry.

The relationship between Barcelona and sports tourism goes back in 1992 after the city successfully hosted the Olympic games. It is after the Olympic Games that sport tourism strengthen itself with the city identifying itself as a sporting hub for not only Europe but for the rest of the world. It comes to the attention of many how over the past years FC Barcelona have conquered every frontier in world soccer, the Circuit de Cataluña has become a hub for motorsport being a preferred training location for teams, or even how extreme sports made its entry into the city by being Barcelona the host for the X-Games for the next three years starting in 2013.

Despite all the sporting achievements and accolades that the city has been experiencing over the years, there is only one undisputed MVP that is the primary driver of sports Tourism in the city. Soccer together with FC Barcelona has grown leaps and bounds over the past decade and currently fans all over the world can experience the Catalan’s team golden era with players such as Xavi, Iniesta and Messi enthralling fan worldwide. The club with all its past history and success have taken things to new heights over the past few years and have not only won trophies on the pitch but also have contributed in a considerable way to the attractiveness of the city.

In the present days the city of Barcelona brings together all the elements for a perfect soccer tour where football players and teams can not only experience the unique “tiki taka” game style but at the same time visit one of the most popular tourist cities of the moment. This is why Pinnacle Absolute Soccer are based in this sporting capital and lead European market in providing the opportunity to the aspiring soccer players and teams out there who want to experience the Catalan style of football while taking in everything that Barcelona has to offer in its very own back yard.

More in this category: « Parga: the perfect destination for summer holidays The 10th Ice Cross Downhill World Championship »
back to top