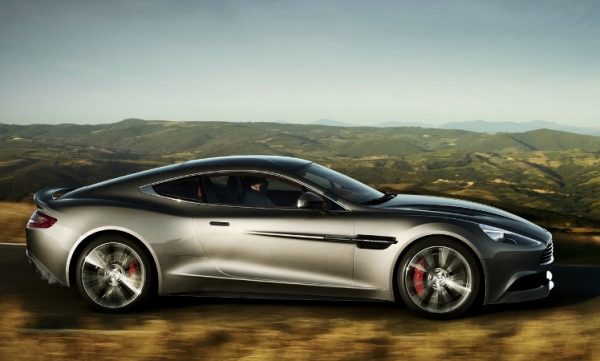 Aston Martin is set to do more than simply star in the forthcoming new motoring television programme The Classic Car Show, as the luxury British brand is providing the show with a once in a lifetime prize; the opportunity to own one of its sports cars.

Today confirming its role as commercial associate of the new TV series, distributed worldwide by Sony Pictures Television and airing in the UK for the first time on Thursday 5 February (Channel 5, 7pm), Aston Martin will provide a V8 Vantage for the winner of The Classic Car Show’s season-long competition*.

The British sports car brand – which marked its centenary in 2012 and which boasts a rich heritage of luxury sports cars – is featured numerous times during the 13-episode series, presented by Jodie Kidd and Quentin Wilson.

Connecting the company’s rich heritage through to contemporary Aston Martin models, each week viewers will be able to follow the build of the V8 Vantage through a series of short films shot at Aston Martin’s global headquarters in Gaydon, Warwickshire.

At the end of the series, one lucky viewer will have the opportunity to own the keys to this future classic. Marek Reichman Chief Creative Officer said: “Aston Martin’s rich heritage of world-class sports cars is clearly a great subject for this exciting new series, and I’m sure the lucky recipient of the V8 Vantage – whoever he or she may be – will be thrilled to join our select band of sports car owners worldwide.”

More in this category: « Exlusive Rolls- Royce Phantom Drophead The Mercedes-Benz F 015 »
back to top