Koenigsegg at the Guangzhou Auto Show 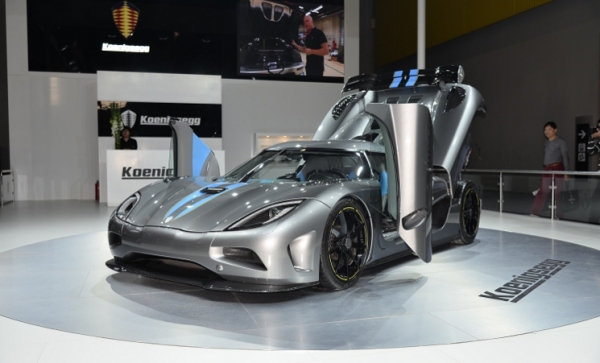 Yesterday Christian von Koenigsegg was announced 2014 EY Entrepreneur Of The Year in South Sweden. Christian von Koenigsegg had a dream of creating the perfect supercar already as a kid. At 22 he founded his car company and started turning his dream into reality. Now, 20 years later, his brand is known all over the world thanks to passion, ingenuity and hard work.

- This award is really not only for me, it´s for all of us at Koenigsegg. Without the genius and brilliance of Koenigsegg’s multitasking and hardworking staff, I would never have been able to get here, said a happy Christian after the announcement.

Statement from the independent EY Jury:

- Through perfection in details and finish and treating problems as challenges, Christian has created one of the world´s most exclusive car brands in an impressively short time. By staying on track under extreme pressure, Christian has truly proved that one can create a shining reality out of an impossible dream.

More in this category: « Hennessey Venom F5: The Next Generation Expensive Bentley Mulsanne »
back to top