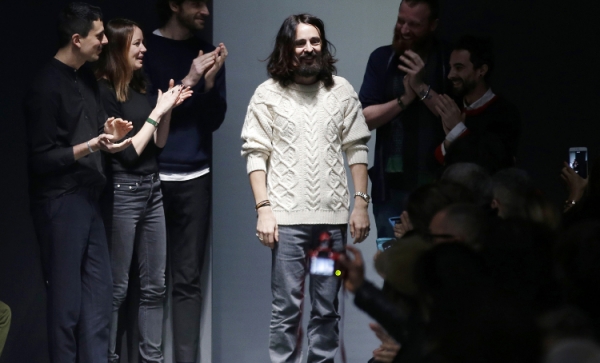 Gucci and Kering are pleased to announce the appointment of Alessandro Michele as Gucci's new Creative Director with total creative responsibility for all of Gucci's collections and its brand image.

Alessandro's first collection in his new role will be for Women’s ready-to-wear for Autumn/Winter 2015-16 to be presented on 25 February, in Milan.

Alessandro Michele, 42, studied at Accademia di Costume e di Moda in Rome and joined Fendi as Senior Accessories Designer. He moved to Gucci’s Design Office in 2002, assuming growing responsibilities within the Creative Department until he was promoted to the role of Associate to the Creative Director Frida Giannini in May 2011. In September 2014, he took on the additional responsibility as Creative Director of Richard Ginori, the renowned Italian fine porcelain brand that Gucci acquired in June 2013.

More in this category: « Guest vs. Furniture Jessica Chastain, Kristen Bell, Olivia Munn, Emmy Rossum and more sparkle in Piaget on the red carpet »
back to top