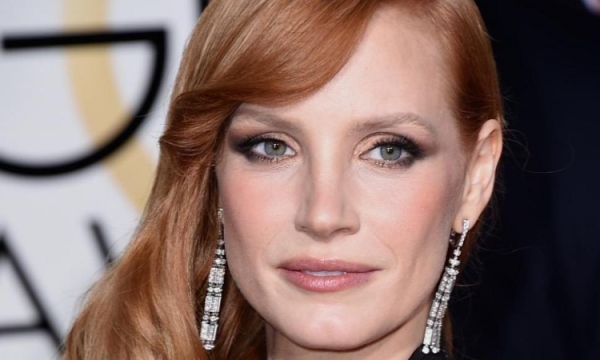 The sun and stars were out this weekend at the 30th annual Film Independent Spirit Awards, co-hosted by Piaget for the eighth consecutive year and held on the beach in Santa Monica. The event paid tribute to some of this year’s most important films and also attracted the biggest names in Hollywood,

“We are proud to support the talented artists whose passion and creativity we honour here today at the Spirit Awards. This is a particularly exciting year for us, as Jessica has been nominated for Best Supporting Female for her role in “A Most Violent Year,” and she will also be a presenter tomorrow night at the 87th annual Academy Awards,” said Piaget CEO, Philippe Leopold-Metzger.

Former “Bond Girl,” Berenice Marlohe, wore a Piaget Rose necklace in white gold with diamonds and a Possession ring, along with Belgian actress, Helena Noguerra, who wore a suite of Mediterranean Garden jewellery in white gold with blue sapphires. Also in the new high jewellery collection was model, Alizee Gaillard, who looked stunning wearing Mediterranean Garden earrings and a necklace in white gold and emeralds, as well as Lauriane Gillieron who dazzled in diamond and pink sapphire earrings and ring. Also in Piaget was Spanish actress, Blanca Suarez, who chose a vintage sautoir in yellow gold and turquoise.

Kristen Bell presented the Piaget Producer’s Award to Chris Ohlson. The award features a $25,000 grant and is given to emerging producers who demonstrate creativity, tenacity and vision, and produce quality independent films, despite limited resources.

This year, Piaget debuted a new design concept for its backstage VIP lounge that featured modern, luxurious details and a grand piano in the centre. Winners, nominees and friends of the House joined Philippe Leopold-Metzger for a celebratory glass of champagne and a look at the new Mediterranean Garden collection. Also on display were a selection of Piaget timepieces and vintage jewellery, as well as the House’s new coffee table book, “Piaget: Watchmakers and Jewellers since 1874” by Florence Müller.

More in this category: « Gucci appoints Alessandro Michele as Creative Director Justin Wu X Chopard : a discussion around the new Happy Diamonds Film »
back to top