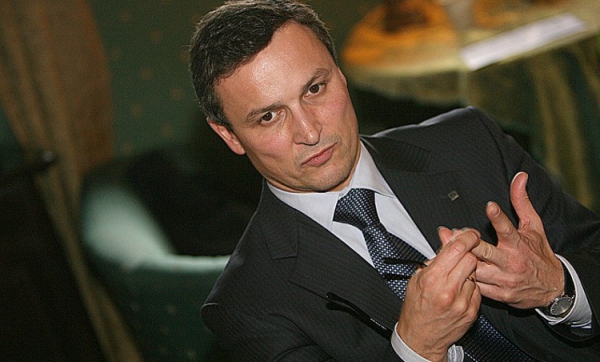 Revenue from sales at the level 1.234 billion PLN, operating profit in the amount of 134 million pln and surface area of the chain of stores higher by 15 thousand sq.m. The clothing group LPP announced the results for the third quarter of 2014. After the September debut on the German market, the company also informed of the opening of the first stores the Reserved, Cropp, House, Mohito and Sinsay brands in the Balkans.

Revenue for the third quarter of 2014 are about 11 percent higher compared with that achieved in the IIIQ of 2013 (1.107 billion PLN). In the period July-September 2014, the commercial space also increased (to 681.2 sq.m). In total, at the end of September, the company had 1,453 stores. In the IIIQ of 2014, sales in the Reserved stores reached the level of 580 million PLN, in CROPP stores – 221 million pln, House – 165 million pln in Mohito stores – 134 million PLN and in Sinsay stores 59 million pln. Operating profit amounted to 134 million pln, net profit – 82 million pln.
Over the past 3 months, we focused on building sales network both in Poland and abroad. We began operations on the German market, which was completely new to us and also made preparations for entry into the Balkans. In so doing, we accomplished our global ambitions and long-term development plan – “said Dariusz Pachla, LPP Vice President. Unfortunately, in the third quarter we were unable, accomplish assumed financial results. Short-term data, however, depends on multiple variable factors, for instance, the weather and, therefore, does not determine our strength and capabilities. For us, the most important is the realization of the dynamic growth strategy – explained Dariusz Pachla.

LPP is through with the launch of business operations on the first Western European market. In September and October, the company launched Reserved shops in Stuttgart, Recklinghausen and Bremen. In November, the brand will debut in Hanover. LPP has already signed an agreement for the opening of flagship shops along the main commercial streets of Berlin (2,000 sq.m) and Mannheim (2.4 thousand sq.m) in 2016. In October, the Group also began operations in Croatia (Reserved, Cropp, House, Mohito and Sinsay stores in the Arena Shopping Centre in Zagreb, Croatia), and in the Middle East, in Qatar, the Reserved brand will welcome its first customers at the beginning of 2015.

LPP, a company listed on the WSE in Warsaw since 2001, is one of the most dynamically developing companies in the clothing sector. Over the years, it has consistently conducted business activities in Poland and abroad, achieving success on the demanding clothing market. The group manages the 5 well-known fashion brands with a chain of nearly 1,500 stores, creating jobs for almost 18 thousand persons in offices and sales structures in Poland, countries of Central and Eastern Europe as well as in Shanghai. The company continues to invest and acquire new markets. In March 2014, the company advanced to the stock exchange WIG20 index that generates a significant part of the turnover on the WSE in Warsaw and since August 2014 is also listed on the MSCI Poland index.

More in this category: « Volvo Cars appoints Lex Kerssemakers as Senior Vice President Americas Heading of Russia »
back to top