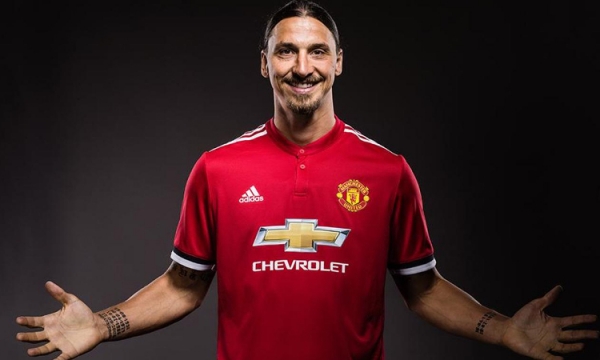 Josep spent almost one billion EURO on transfers. But how effective are Guardiola's transfers? We can find it out on 4Gamblers after “The Citizens” crazy purchases.

Why Josep complains about transfer amounts, if he himself spends so much???

Mourinho, Klopp and Guardiola are more than indignant about today's prices for players. Complaints come mostly from the coach who bought the most expensive players in the Premier League history - Pogba and Lukaku. The coach who paid the record amount for Salah from Liverpool. And the man who purchased a couple of the most expensive defenders in the football’s history in a few days. And Danilo for €30 million in addition.

It is generally accepted Guardiola to be a romantic, to listen to rock, to read rhymes, to demonstrate for Catalonia's independence, to prefer tiqui-taca, mistakenly associated with attacking football. The killer model was designed to strangle any opponent with the ball’s possession, cold-bloodedly and cruelly. Josep does not believe in fairy tales, he is a calculating coach, who always requires bolstering the lineup. And stays offended if he is palmed off with Götze instead of Neymar, as it was in Bayern.

And why Barcelona, Bayern and Manchester City won under Guardiola’s command? It could have a number of reasons: smart coaching solutions, top players’ class and great transfer opportunities. Josep bought 4 and a half dozen players during his whole career. The next transfer will make him a coach who spent a billion on new players. We have 998.4 million euros in total now, and such a huge amount helps to draw some conclusions about the selection skills of the wealthy clubs coach.

An expensive transfer for Guardiola starts from 37 million euros, and there are only two central forwards in the top 10 - Ibrahimović and Villa. It is clear that three most expensive defenders in the five in total looks a bit strange, but it meets the head coach requirements. Josep decided to have changes on the flanks. The four out of this dozen have not played for Guardiola's team so far, but we can make out from the rest those who have not coped. So we move on to unsuccessful purchases.

Who did not play with Josep Guardiola?

Ibrahimović did not settle down well in Barcelona. Stones’ first season in Manchester was quite bad, he was disappointed himself. Götze did not become the key playmaker and star of Bayern Munich. The attempt to find in Cesk some goodies of Xavi and Iniesta’s ​​ failed. Douglas Costa did not stay in Bayern for a long time, Alexis left Barcelona, and Dmitryy Chigrinskyy was one of the most unsuccessful transfers in Guardiola’s career as a coach. He costed a lot, but failed the season completely.

However, Bravo and Nolito can also be considered. Sinan Kurt and Serdar Taşçı, taken on lease from Spartak, are worth mentioning. And Gleb, Cáceres, Keirrison, Enrique and Afellay are examples of the Catalans unsuccessful purchases with Josep. We have in conclusion 16 controversial transfers for a total of 374 million euros. It turns out, Guardiola spent 37% of the money from a billion on those who did not strengthen his team, didn’t he? Transfer situation can be saved now only by cheap and incredibly successful purchases.

Which Guardiola’s transfers are the most successful?

Basically, there is only one great deal in Josep’s transfer history, Barcelona future president purchase. Piqué returned from MU for €5 million. The Spaniard paid €4.7 million last year for “The Citizens” tenth goalkeeper Rulli, already sold to Real Sociedad. Josep also can be proud of the Kimmich transfer for €8.5 million. He believed in Joshua, supported the utility player and helped him to grow up.

But it is useless to boast with Mascherano purchase for €20 million, decent money was paid in 2010. Thiago also went over to Bayern for €25 million. It was an excellent deal, but these, like Alves’ purchase for €35 million, are just successful expensive transfers. Guardiola never happened to find a barefoot kid on the Brazil beach and make him the second Neymar. Surely, Villa, Vidal, and even Jesus had on their accounts some successful matches under Guardiola’s command. However, €30-40 million players are obliged to play great. As well as Sané for €50 million.

However, it is significant that Guardiola almost does not work with free agents. José Pinto is a rare exception. Without Barcelona academy help, he has trained Busquets and Alcántara. Guardiola is difficult to give examples when his team was strengthened free of charge. If only the Spaniard can refer to himself the success of Bayern Munich management in purchasing Lewandowski. Although Robert did not go to Josep when he picked Munich instead of Real Madrid. The famous surprise on the coach’s face, when the Pole scored 5 goals in nine minutes. It was the best proof of his talent.

More in this category: « Another Margaret Atwood novel as a series Optimizing ecommerce »
back to top