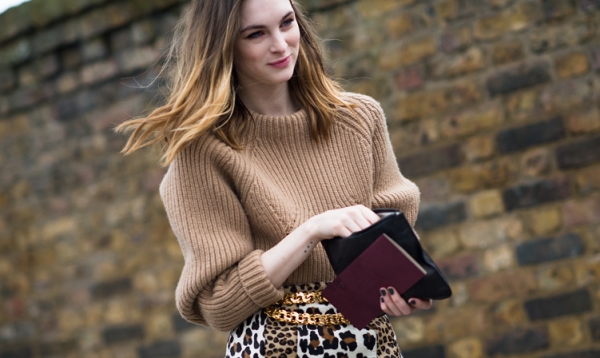 "Tonight we were proud to celebrate fashion, music and Britishness at the iconic Griffith Observatory. It was a privilege to be here with so many friends in such a wonderful city and the home of our new Rodeo Drive store."

The Event
The evening began with guests entering a specially created English garden through wrought iron Georgian gates, inspired by the Royal Parks of London. The landscaped garden, filled with British lavender and roses, provided the perfect setting to watch the sun set over the Hollywood Hills.

To Los Angeles
As the show ended, the First Battalion Grenadier Guards entered the space, which opened up to reveal the iconic Griffith Observatory at the end of the runway.
The 19 guards, performing with drums and flutes, led the models and guests outside on an extended runway, leaving the backdrop of the London skyline behind them.
The First Battalion Grenadier Guards continued their performance outside while giant digital projections of the guards and the British and American flags illuminated the façade of the Observatory.
Live Social Broadcasting

Periscope
Burberry premiered on Periscope today with the live uninterrupted broadcast of the event experience. Audiences on the Burberry Periscope account were given an access all areas pass at the show, from their arrival at the venue, to their front row seat during the show.

Snapchat
In addition, Burberry has been sharing the journey from London to Los Angeles on its recently-launched Snapchat account, featuring surprise visits from members of the Burberry family including Cara Delevingne, Naomi Campbell, Jourdan Dunn, Sam Rollinson, Charlotte Wiggins, and George Barnett. The platform revealed real-time content from the event including live arrivals on the red carpet and front row reactions.

Celebrating Burberry Beverly Hills
Located over four floors on one of the most iconic streets in the world, Burberry’s new flagship is set on the corner of Rodeo Drive and Dayton Way. Designed under the creative direction of Christopher Bailey, the store has been designed to offer multi-sensory experiences for customers, featuring exclusive spaces, products and services.

More in this category: « Power up your skin with Estee Lauder Miu Miu expansion »
back to top