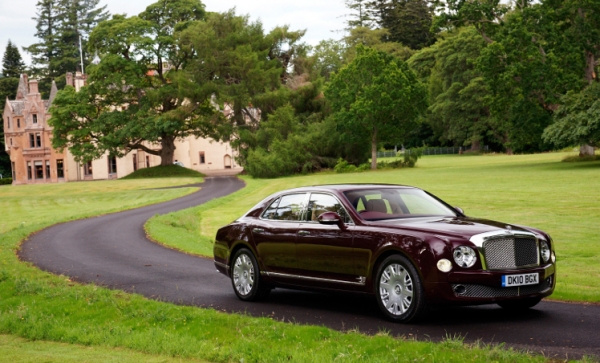 They say that vision comes from within. And if there is one space perfectly designed to free your mind, it is the flagship of the Bentley range: the ultimate expression of performance and luxury, the Mulsanne.

Now, for the first time, there is a choice to be made – the Mulsanne, or its powerful new sibling, the Mulsanne Speed. Both cars offer peerless comfort, exquisitely handcrafted to create a unique environment; one in which time on the road becomes time to think.

The Mulsanne is much more than a simple pairing of luxury with power. Its fearsome acceleration, for example, is felt not as a sudden blast forward, but as a smooth surge of seemingly limitless power. The character of the V8 engine note, barely perceptible from inside the cabin while the car is cruising, builds to a rich, powerful roar on acceleration when the throttle is opened wide.

For those with the drive to change the world, the Mulsanne is much more than a supremely comfortable car. It is both a place to make plans and a catalyst that can make them happen.

The future doesn’t just happen. It is created by those with the vision to change our world. Bentley is exploring this concept in an ongoing series of short films, in which visionaries from many diverse fields give their views on how their worlds will evolve in the years to come. They include professional tennis player Victoria Azarenka, actor and philanthropist Jackie Chan, blogger and street photographer Scott Schuman, award-winning architect Wang Shu and the World Land Speed Record holder, Wing Commander Andy Green. The films also feature innovators like bespoke tailor Clive Darby and Glass Artist Dale Chihuly. In this remarkable series of short documentaries, each gives their own interpretation of the future.

More in this category: « Koenigsegg at the Guangzhou Auto Show Ferrari 488 GTB: extreme power for extreme driving thrills »
back to top